Multitouch: Is It “The More The Merrier”?

Multitouch: Is it “the more the merrier”?

Multitouch screens have become increasingly popular over the last years as the desire to add more and more functionality to the user interface has increased, moving from simple “button” pressing, through 2 finger pinch to zoom, to increasingly more complex gestures. Add to this the trend towards larger touchscreens used in collaborative, multi-user applications, and the requirement for touch sensors capable of such performance is clear. 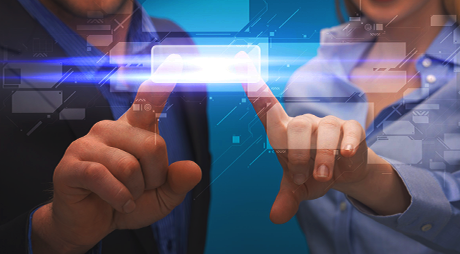 As customer demand for such sophisticated touch performance has increased, so the software and hardware technology companies working in this field have sought to keep abreast of or get ahead of requirements and set the “agenda”.

For example, for a touch activated device to operate smoothly with the Microsoft Windows 10™ operating system, it is requirement for the hardware to work directly with the software’s HID (human interface device) driver and to output a minimum of 5 independent touch points.

With the hardware, touch sensor manufacturers are engaged in an “arms race” style escalation of the number of touch points they can track, 1 becoming 2, then 4, then 10, 20, 40, 60 and now “unlimited” touches!

It begs the question “why?” – Why is it necessary or desirable to have a touchscreen capable of measuring so many touch points?

The equally important question to address is “when?” – When is it helpful or needed to install a touchscreen that can track multiple touches?

As noted in the opening paragraph, being able to track more touch points enables software developers to create more complex applications, with a broader variety of gestures recognized. It also has the potential to allow “palm rejection” to be added to the system, i.e. recognizing and ignoring the presence of a large object placed on a screen as an anomalous touch resulting from a user leaning on the surface.

However, most <20” touchscreens are used in applications where a single user is interfacing with a single display. Therefore, at most logic would suggest that 10 touches (2 hands) should be sufficient.

As touch displays become larger, this assumption becomes harder to defend, and more consideration must be given to the application or use of the touchscreen.

Again, in most large wall mounted touchscreens especially those in portrait orientation, such as wayfinders in shopping malls, the application is really designed for single user interaction. As a consequence, 10 touches is generally sufficient. However, large screens mounted in a landscape orientation (such as interactive white boards for classrooms and corporate meeting areas) invite interaction from more than one user, and therefore it would be sensible to ensure that the design of both the application software and the touchscreen are capable of supporting at least 20 touches.

The big step up happens when the large touchscreen is installed horizontally in a table format. These are increasingly found in corporate, retail and leisure environments, for multi user collaboration and interaction. On an 85” multitouch table, it’s perfectly likely that 4 or more people may wish to operate the screen at the same time. Throw in the added factor operating while filtering out “palm rejection” events, and it becomes more understandable why software and hardware companies are pushing solutions capable of measuring 40 or more touch points.

However, once above 40-60 touch points there is a tendency towards technology “bragging rights” rather than actual useful and usable touchscreen performance. This is because the multitouch sensor and its associated control electronics (identifying and outputting the touches) are components in larger, more complex systems and must interface with the computer hardware, the chosen operating system, and application software. Unless all these elements of the system have been designed to work optimally with each other, the users experience will be disappointing. Simply put, what is the point of installing a state of the art, 100 point touch sensing technology, outputting X-Y touch co-ordinates at <5 millisecond speeds, if you are marrying it up to a €300 budget PC running with built in graphics processing, an outdated operating system and poorly designed application software.

To summarise – there are as many valid reasons for specifying a 1 or 2 point touch sensing technology as there are for specifying a touchscreen capable of measuring 40 touches. The key is in understanding the application and then designing the entire system (hardware and software) accordingly.

If you want to learn about our multitouch solutions, please contact us at sales@eurocoincomponents.com.